Where Is The Market Heading?

There has been quite a bit of confusion on where the property market is moving after the Government implemented the cooling measures in July last year. Some people firmly believe that a market correction is impending because prices are too high with an abundant supply in the pipeline. On the other hand, there are the analysts at Morgan Stanley who says curbs won’t cool property prices. So how do we know who is right and who is wrong? Is there a way to monitor the current data to understand where the direction of the market is going? Well, that’s the purpose of coming up with this monthly sales update. Now before I explain why I use this the following data, let’s go back to the basics of what affect prices. So you can judge for yourself where the direction of the market is heading.

Myths On What Affect Prices

First of all, prices do not go down because they are too high. Nor do they go up because they are “low”. This famous saying may sound like common sense but is a derivation of Newton’s third law. A phenomenon that seen when you throw a ball in the air. However, if you launch a rocket and it is fast enough to reach escape velocity, it never comes down ever again. So it is essential to understand that property prices(and prices of everything else) are not affected by Newtonian physics. The laws of supply and demand influence them. The basic laws of supply and demand

Hence, to be able to forecast where the market is heading, all you need to do is to understand the factors which affect the supply and demand of real estate. Sounds simple enough? Let’s take a more in-depth look.

Ok. Then what’s next?

Well, now that you have a clearer idea of what affects prices, you are in a better position to understand where the market is heading. In terms of supply, you can always check the upcoming land sales from URA, enbloc, etc. As for demand, my partners and I will be updating the top 10 best selling projects monthly. As long as there is volume, prices will maintain and even appreciate. For most of the individual projects, we have also added in a balance unit chart. So from there, you would be able to understand which unit types are in demand as well. New Launch Vs Resale Condos. Which One Appreciates More? Part 2

Do All New Launches Appreciate? A Second Look In part 1, I have taken a few examples of recent new...
Read More 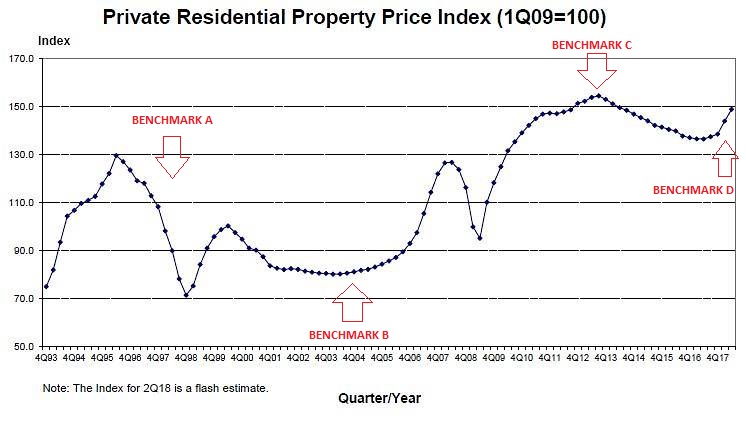 When Do Leasehold Properties Depreciate In Value?

Does It Start When The Property Reaches 20 Years Old? So, when does leasehold properties start to depreciate? After all,...
Read More New Launch Vs Resale Condos. Which One Appreciates More? Part 1

We all know what the essential differences between a new launch and a resale condo are. In case, you have...
Read More